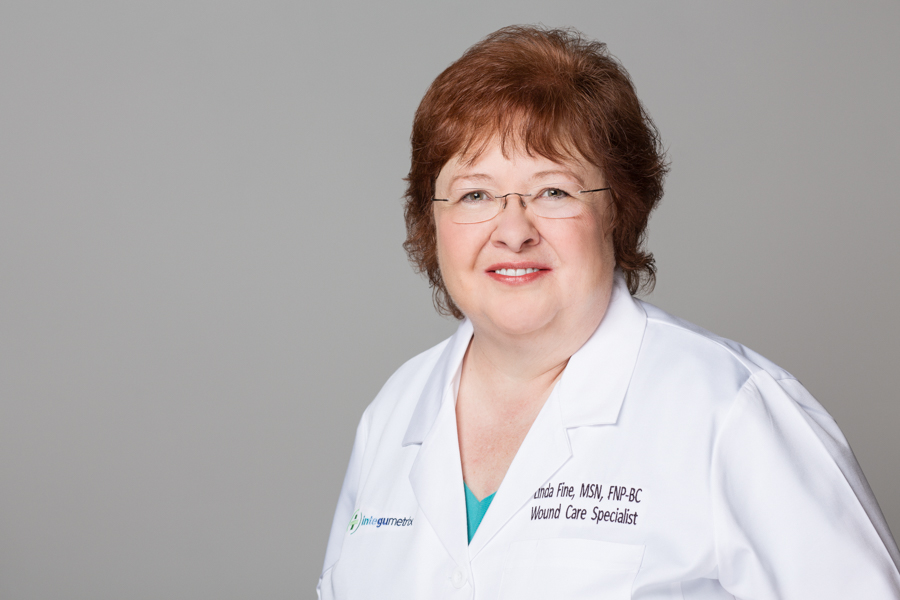 Linda Fine is a Family Nurse Practitioner, Certified Wound, Ostomy, Continence Nurse, and Certified Foot Care Specialist.  She started her nursing career in 1976, after graduating with a Bachelor of Science in Nursing degree from Southern University in Chattanooga and began working in medical, surgical nursing in a large hospital in Orlando, Florida.  Within 2 years she had moved home to Tennessee and transferred into a critical care unit and later the emergency department.  She noticed a need for electronic individualized nursing care plans so wrote a software program that was distributed throughout the southern United States in hospitals of the Adventist Health System Sunbelt. She then spent time traveling to each hospital providing software education to the staff. In 1989, she moved to Portland, Tennessee to become the Director of Nursing at Highland Hospital.  While in this position, the facility received no deficiencies during Joint Commission surveys. In 1994, she obtained her certification as a Wound, Ostomy, and Continence Nurse at Emory University and began her work in wound management in both acute care and home health settings. Since that time she has been a member of the Middle Tennessee Wound, Ostomy, Care Nursing organization and has held several positions within the organization advancing the field of wound management. She has also provided education to hospitals, nursing homes, home health agencies, and rehabilitation facilities on wound care and dressing selection. Additionally, in 1995 she began working on legal consulting as an expert witness on medical malpractice lawsuits. In 2008, she received her Master of Science in Nursing degree from University of South Alabama and obtained certification as a Family Nurse Practitioner. In 2010, she obtained certification as a Foot Care Specialist from Emory University and has been providing wound care at TriStar Skyline Medical Center. Linda is now working with Integumetrix providing advanced wound, ostomy and continence services for inpatient, outpatient, and extended care facilities.
Secured By miniOrange